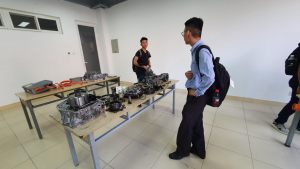 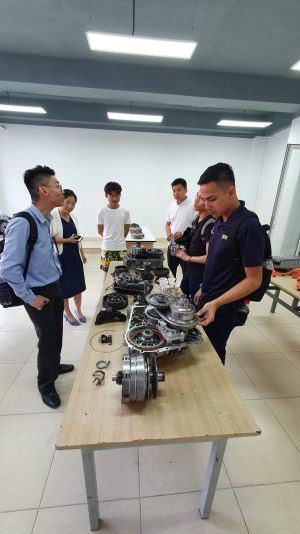 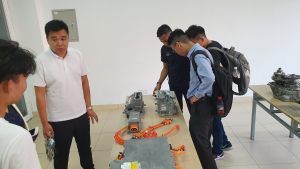 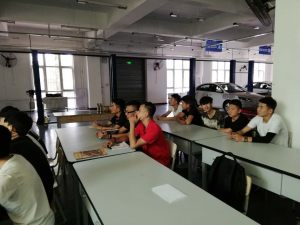 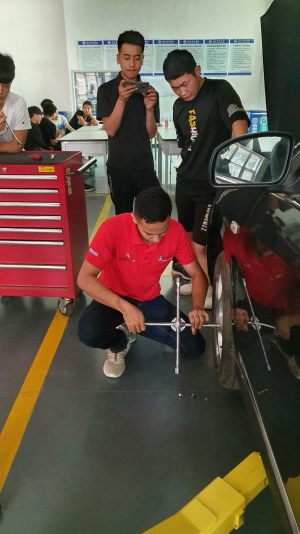 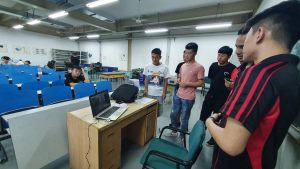 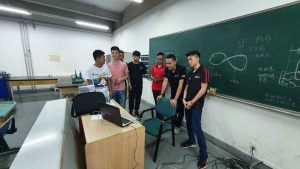 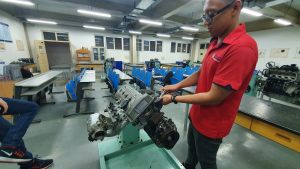 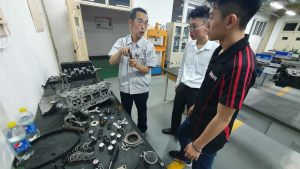 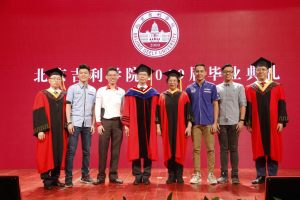 BEIJING, CHINA: After receiving a return visit from Beijing Geely University (BGU), DRB-HICOM University, in turn, had sent a number of representatives to partake in the Student Exchange Programme to BGU, Changping China from 10th to 23rd June 2019. Among the students involved were Muhammad Asyraff Husni, Simon Wong Tian Bing and Cheah Vun Kiat from Faculty of Engineering (FOE) led by Ts. Dr Ong Huei Ruey, a senior lecturer of Faculty of Engineering & Technology.

Participants of the programme received a very warm welcome upon their arrival. They were immediately brought for a campus tour and soon after that, given a treat of sumptuous meals at a Muslim restaurant in Changping city on their first day.

One of the students, Muhammad Asyraff Yusni, said this was the first time he had been to Beijing Geely University for a student exchange programme. “Beijing Geely University is a very huge university in Beijing. It mainly focuses on the automotive industry where the machinery used is very sophisticated and modern. However, the language barrier might be the main issue during my stay. I often asked help from my friends and used google-translation to understand the language here. But the rest is just good for me” he said.

Another Bachelor of Mechanical Engineering Technology (Automotive Service Technology) student, Cheah Vun Kiat, who speaks Mandarin as his mother tongue, said the local language was easier for him to understand as compared to English, which is not something they are used to. They spoke in Chinese language most of the time.  “The language is fine for me to learn but, the accent there might be a little different from our language used at home,” he said.

This programme was an excellent opportunity for the students to explore the diversity of knowledge, experience, and self-development in the automotive industry. Besides that, our students were also given a privilege to attend an Electric Vehicle (EV) Training for 5 days at  Geely Training Centre. This training was conducted only for BGU lecturers and they were indeed very fortunate to be invited and be a part of the event. In this training, participants experienced the first-hand exposure of seeing the invention of cars’ manufacturing using electricity as their main energy storage.

“Electric Vehicle (EV) Training is one of the experiences that I will never forget. There, we were given a chance to see by ourselves how electric cars were produced and it’s not a dominant thing yet in Malaysia. We have gained a lot of knowledge from this training, no doubt” said Asyraff.

Other than Geely Training Centre, they also had a chance to visit one of the manufacturers that produces the high-end car brands; Lynk and Co Manufacturing is owned by the Geely Auto Group. They were quite speechless to be among the first to see one of the model cars that had not even been launched in China.

In addition to that, our students also visited around Beijing where they went to the Great Wall of China, Beijing City, Bird Nest Stadium, Forbidden City, and King Armour in China.

This international student exchange programme is among the efforts which should continue to develop more students with global mind-set or worldview on the automotive industry. Such opportunities will expose the students to foreign industries on a first-hand basis, which help them understand the diversity in automotive learning around the world. Hence, it serves as a platform of enrichment and enhancement in knowledge and creativity within automotive industry for the students from both universities.