A total of 707 graduates in the field of   automotive, manufacturing, management and business, IT and entrepreneurship, finance and accounting received their diplomas and certificates over two sessions.   The morning session witnessed 160 graduates receiving their scrolls from The Chancellor of DRB-HICOM University, His Royal Highness Pemangku Raja Pahang, Tengku Abdullah Al-Haj Sultan Haji Ahmad Shah Al-Musta’in Billah.  The second session in the afternoon saw another 547 graduates receiving their accolades from the, Dato’ Seri Syed Faisal Albar, the Group Managing Director of the DRB-HICOM Berhad.

A total of 452 graduates from nine programmes received their Diploma, including inaugural graduates of Diploma in Health and Safety.  The 5th Convocation also witnessed 106 graduates receiving their scrolls for various Foundation programmes.

Tengku Abdullah Al-Haj also presented the Chancellor’s award to Adlina Syazlin Faizul for her excellent performance in the academic and co-curricular activities. Adlina graduated from the Diploma in Automotive Service Technology (DST) programme with a CGPA of 3.98 and had received numerous awards in various innovation and invention competitions iover the past two years. Besides Adlina, 12 excellent students also received a special merit award for their outstanding achievements from Tengku Abdullah.

While addressing the graduates and their parents at the convocation, Tengku Abdullah Al-Haj also congratulated Muhammad Asyraff Yusni, a student in the Bachelor of Mechanical Engineering Technology in Automotive Service Technology, for his excellent achievement in the Worldskills Competition 2017 in Abu Dhabi.  Muhammad Asyraff, a Diploma holder of DRB-HICOM University, did Malaysia proud by garnering a bronze medal and the Best of Nation Award for Malaysia. The victory was a significant accolade for DRB-HICOM University in producing highly skilled specialists in the automotive eco-system that addresses the needs of the nation.

Meanwhile, in his speech, Vice Chancellor of DRB-HICOM University, Prof. Dato’ Sr. Dr. Omar Osman emphasised the areas of focus for the University.

“DRB-HICOM University is poised to propel its strength in five areas of focus for higher education namely automotive, manufacturing, management and business, IT and entrepreneurship, as well as finance and accounting. The focus in becoming the number one automotive university in Malaysia will be realised through intensive collaboration with various stakeholders from the industry and international partners,” Omar said.

Omar also recognized the support from DRB-HICOM Berhad and its subsidiaries as being very instrumental in the University’s growth trajectory.  DRB-HICOM University has produced 1,157 graduates in its short history. 90% of its graduates are able to secure employment within six months of graduation. 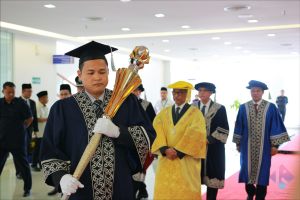 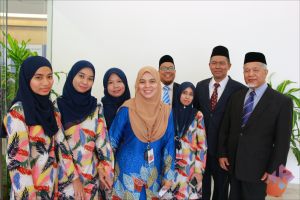 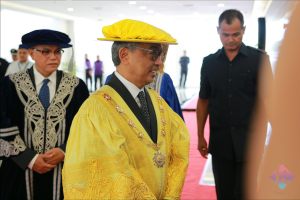 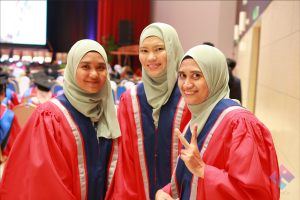 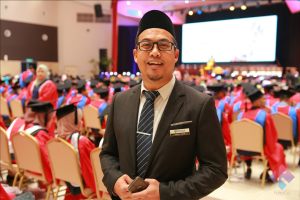 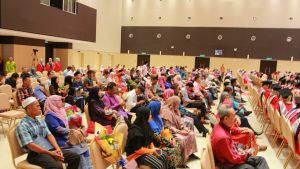